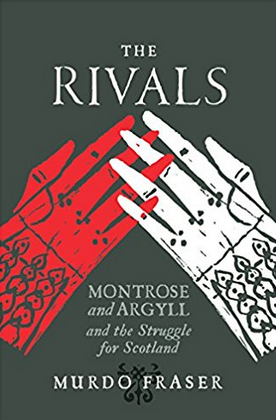 This book lets us see the short but decisive Scottish Civil War of 1644-1645 through the actions of Archibald Campbell, 1st Marquis of Argyll, and James Graham, 1st Marquis of Montrose. The book carefully examines the ties that unites these formidable foes and the factors that cause them to end up forcefully opposing each other.

Both men are depicted as multidimensional characters and book avoids falling into the trap of siding with any of them. The author Murdo Fraser has also made a highly successful effort when it comes to placing the Scottish Civil War in a wider context. One does not need to be a history buff with a deep knowledge about 17th century Europe to understand and appreciate this book.

The writing is brisk and information-dense and doesn’t shy away from portraying the various details of this complicated part of Scottish and British history. At the same time, the narrative doesn’t get lost in endless listings of mere military history data points – instead, the focus is on using carefully selected details to paint a comprehensive picture that helps the reader to understand the main large-scale events.

Murdo Fraser was born in Argyll, in the village of Inverness. After reading law at Aberdeen, he worked as a solicitor in Aberdeen and Edinburgh. In 2001, he became an MSP for Mid Scotland and Fife. (MSP = Member of the Scottish Parliament.) Fraser was Deputy Leader of the Scottish Conservatives in 2005-2011. 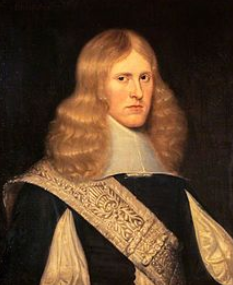 Archibald Campbell was above average height, with reddish hair that earned him the nickname Red Argyll among the Highlanders. He was educated at the University of St Andrews. When the 7th Earl of Argyll renounced Protestantism and elected to support the Catholic Philip III of Spain military, the young Archibald Campbell (then known as Lord Lorne) was entrusted with the possession of the Argyll estates.

At the Restorations, Archibald Campbell presented himself at Whitehall, but was betrayed by Charles II who had him arrested and placed in the Tower of London in 1660. Campbell stood trial for treason in Edinburgh and sentenced to death for his collaboration with Cromwell’s government.

The execution was carried out using a Scottish Maiden, an early form of guillotine. Afterwards, Campbell’s head was placed on a spike at the Old Tolbooth outside St Giles Cathedral. Eleven years earlier, this spike had held the dead of Campbell’s arch-enemy Montrose.

Campbell’s body, without the head, was buried at Kilmun Parish Church near the Holy Loch. In 1664, his head was also deposited here.

James Graham was born in 1612 to John Graham, 4th Earl of Montrose and his wife Lady Margaret Ruthven. James Graham had five older sisters and was the couple’s only son. His mother’s maternal grandmother was the daughter of Archibald Campbell, 2nd Earl of Argyll.

Graham was educated at the college of Glasgow and at the University of St Andrews.

When James Graham was 14 years old, his father died and the young Graham became the 5th Earl of Montrose. Three years alter, he married Magdalene Carnegie.

In June 1646, James Montrose was restored to lieutenancy of Scotland by the exiled Charles II. Soon thereafter, Charles II disavowed him. In 1650, Montrose’s forces were defeated in battle but Montrose managed to escape on foot. After seeking the protection of Neil MacLeod of Assynt at Ardvreck Castle, he was handed over to the authorities and brought to Edinburgh as a prisoner.

After being sentenced to death by the parliament in Edinburgh, Montrose was hanged. Afterwards, his head was removed and placed on a spike at the Old Tolbooth outside St Giles Cathedral (where it would remain until 1661 when it was replaced by the head of Archibald Campbell). Montrose’s torso was interred at the gallows ground on Burgh Muir and his limbs were sent to Glasgow, Perth, Aberdeen and Stirling. He could not be buried in consecrated ground since he was the subject of an excommunication. In 1650, his niece Lady Napier sent men to his grave to remove his heart in secret and bring it to her.

In 1661, the political and religious climate had changed and Montrose’s head, torso and limbs were buried at Holyrood Abbey. The event was marked by a grand procession held in his honour and a splendid funeral in the church of St Giles. His heart remained with his family, kept in a steel case made from his sword.